Mmmm, it's the first real snow day in this neck of the woods. Nothing like a hot drink to make the atmosphere cozy. 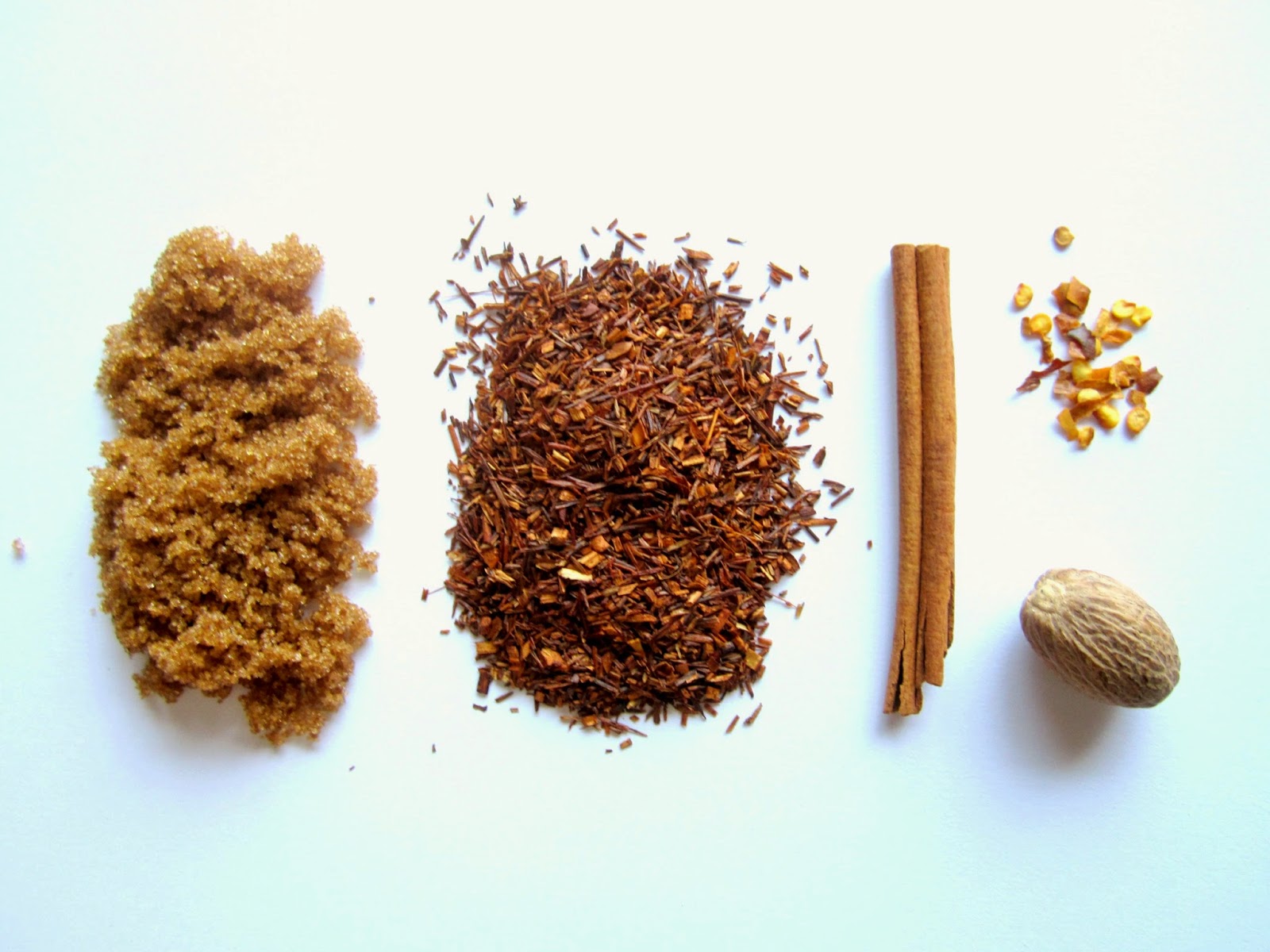 Add all the ingredients together in a small saucepan. Bring to a slow rolling boil over medium, and then turn to low and simmer for 2 minutes. Pour through a tea strainer into your favourite cup and top with a sprinkle of cinnamon. 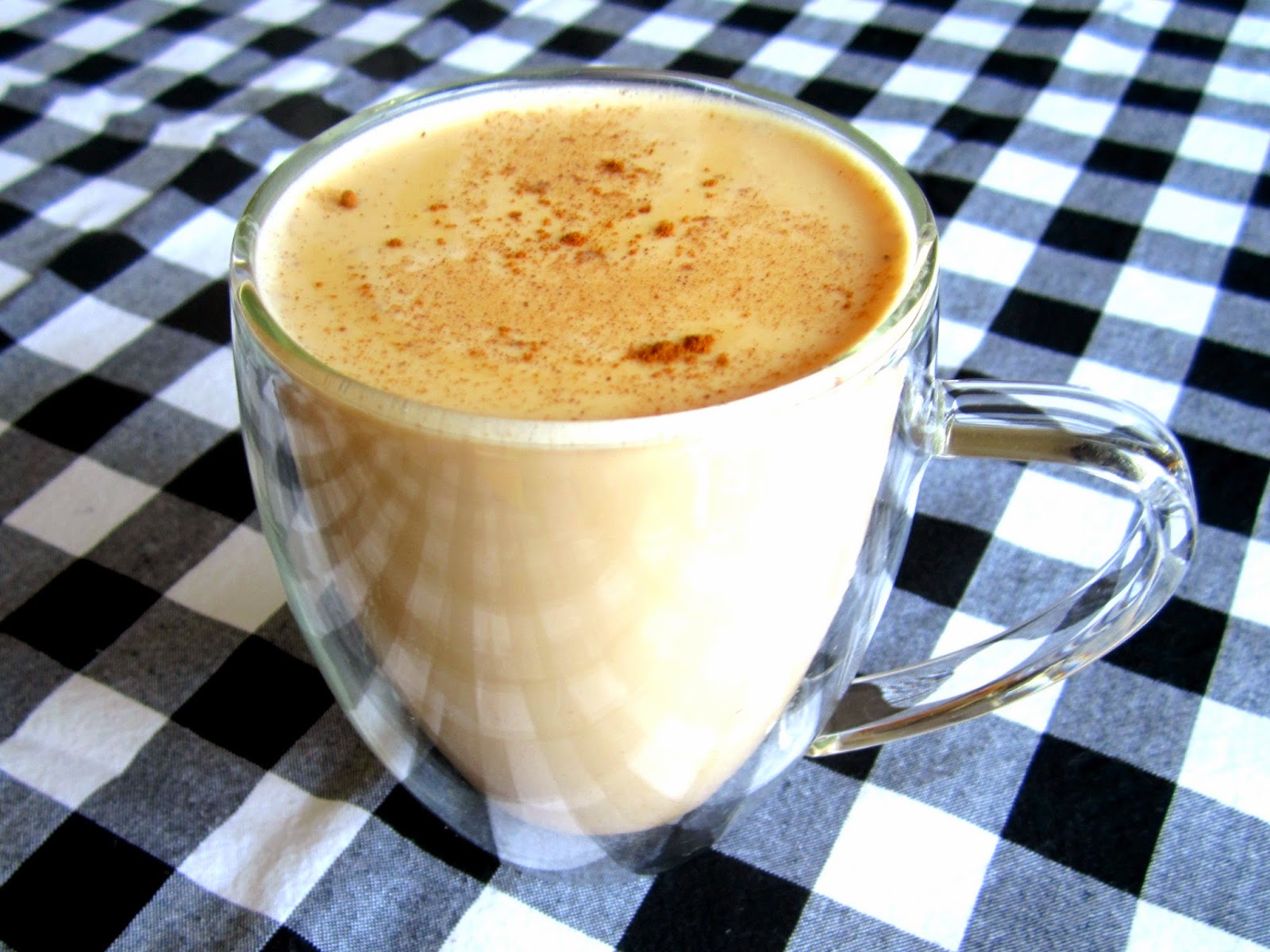 Posted by Denielle at 3:19 PM No comments:

1. This article, "What to Check Before Taking your Machine to the Shop" is a great guide for troubleshooting common problems that you may be able to fix by yourself at home. The author, Annette, is a sewing machine mechanic

2. I'm not a mom, but I know from tv and magazines, that motherhood is a lot like these hilarious depictions on It's Like they Know Us

3. BoredPanda is a great way to kill time, if you have it. There's all sorts of random fun and fascinating stuff like this list of 31 spectacular abandoned places (with photos). 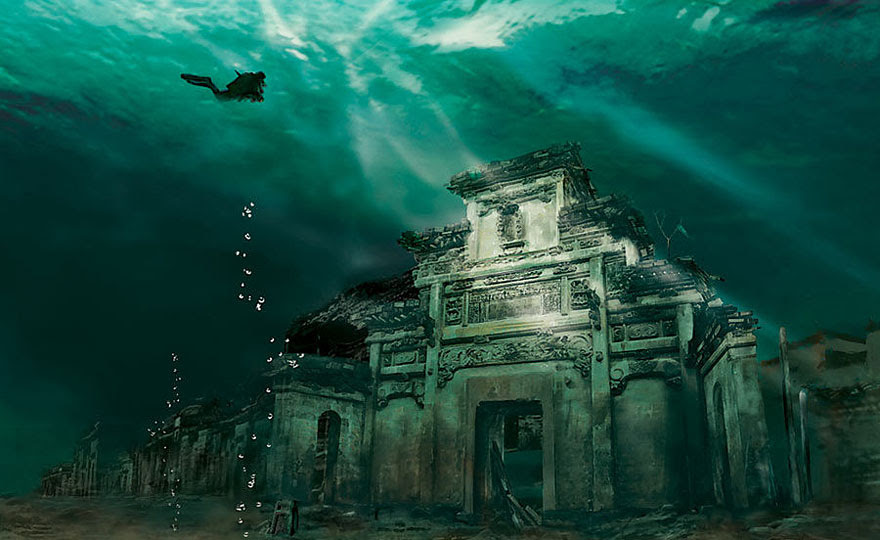 1. The Dance of the Dissident Daughter: A Woman's Journey from Christian Tradition to the Sacred Feminine by Sue Monk Kidd 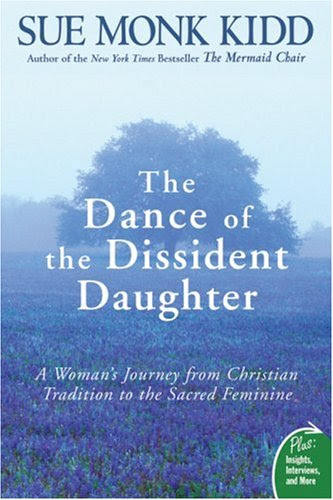 It's about about the author's struggle with gender inequality in traditional Christian settings, and (I assume) her journey to something more feminine or inclusive. I'll have to get back to you on where this journey is going. So far it's all about the struggle.

My favourite part so far is when the author accidentally introduces herself as "Father Sue" whilst attending a monastic retreat. Mostly I liked that part because I think it's hilarious when people (including me) mess up their words*. It turns out to be a pivotal part of her journey, where Monk Kidd comes to the realization that her spirituality and way of being in the world are masculine through and through . . . so, that kind of spoiled the fun. The tone is pretty somber so far and the language is very formal. I'm not sure I'll love it, but I think what she is saying is important.

2. Too Busy Not to Pray by Bill Hybels 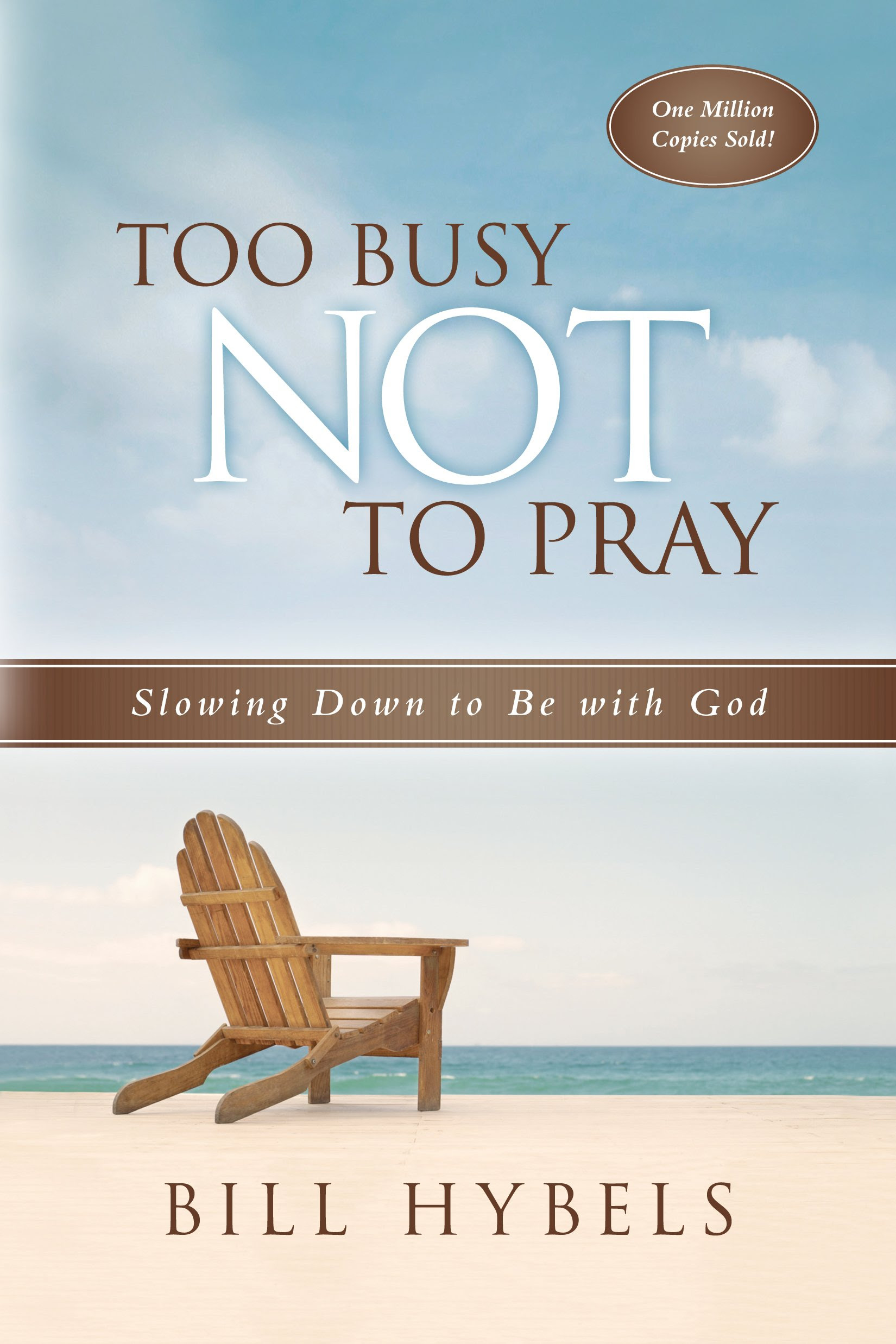 This one is about prayer. It's about why it's important and how to do it well. The author isn't insistent on his way as the only way, which is a real rarity in christian books.The thing I like the most is that Hybels balances theory with practical suggestions. For me, that's a real plus. I have no problem theorizing spiritual matters, but I tend to get stuck when it comes to practice, and I rarely experiment with new ways of praying. 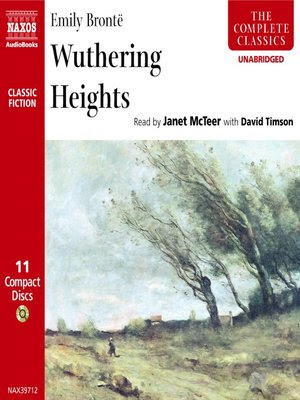 I recently finished Romancing Miss Bronte by Juliet Gael, which is a fictional biography of Charlotte, and it includes stuff about Emily and Anne as well. So now I'm all excited about the Bronte sisters--especially Emily--and I want to get into some more of their fiction. I love this film adaptation of Wuthering Heights (hello, Tom Hardy), so I thought I'd give the book a whirl. I'm listening to the audio version instead of actually reading it. For some reason, classics are more appealing to me in audio, especially when they are read with a British accent.

Right now I'm hung up on the fact that Emily uses the verb 'ejaculate' as a synonym for 'exclaim.' It's a great story (even without Tom Hardy), but it's absolutely peppered with ejaculate, and for the life of me, I can't seem to just grow up and stop being stunned/amused. To the casual passerby, it may sound like I'm listening to a medical textbook or some really polite erotica.

4. I got about halfway through The Quick by Lauren Owen and had to return the book to the digital library. 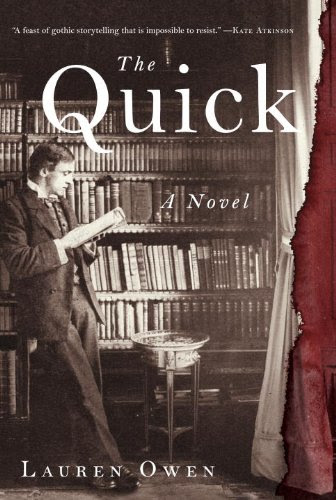 I'm not as disappointed to part with it as I wanted to be. I got really into the first bit, and then it changed perspectives, and it lost a bit of its appeal for me. It proceeded to change perspectives, sometimes capturing my attention and sometimes not. I'm a bit confused as to whether or not I liked it. I guess I didn't fall madly in love with it, otherwise I would have bought it so that I could finish it, right?

* My mom once referred to a Dr. Macintosh as 'Dr. Apple' -- that one never gets old for me.
Posted by Denielle at 9:40 AM No comments:

1. For those of you who have a public library card from BC, BC Libraries Cooperative: Libraries 2 Go, is a great place to get ebooks and audiobooks. In your pajamas.

I listened to the audio version of The Healing by Jonathan Odell whilst sewing, and you should too. Or read the ebook version. 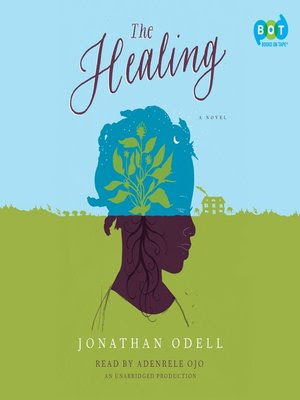 2. If you're a nerd and you read the bible, you might be interested in the online Interlinear Bible by Bible Hub. It's great for looking up the original Hebrew and Greek words, which are sometimes more nuanced than their one word equivalent in an English translation.

3. Learn the very basic crochet stitches in less than 8 minutes with this youtube video! There are a million videos out there. I like this one because she uses the proper crochet terminology and talks about the abbreviations for the stitches too, which is helpful/essential for using a pattern. Also, it's super short and uncomplicated.

Posted by Denielle at 4:00 AM No comments:

New in the Shop

Last week I got in an order of new fabric, and I'm so very much in love! This bird print -- Flight in Orchid, by Violet Craft is super sweet. 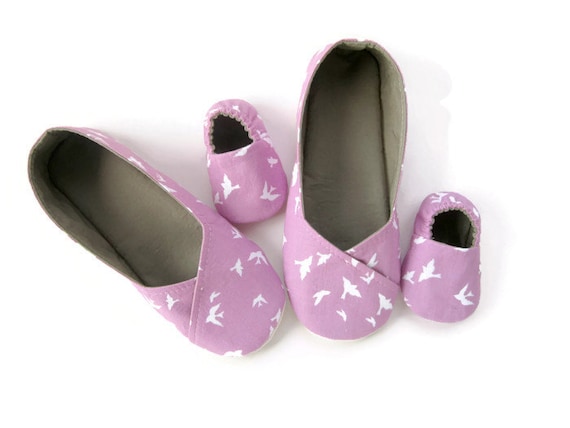 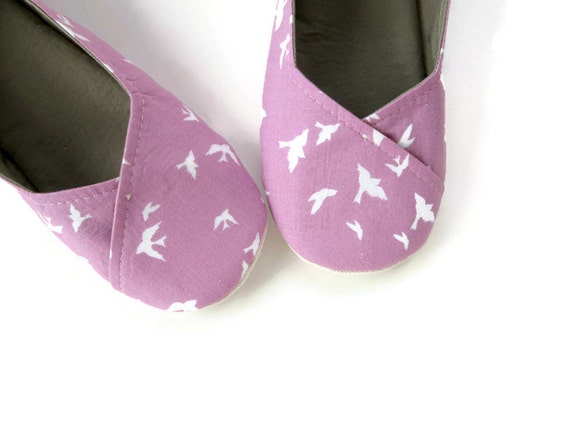 The Kaufman Corduroy in Acorn Brown is even better than I imagined, and it pairs perfectly with the Wildwood Organic Forest Floor in Ivory 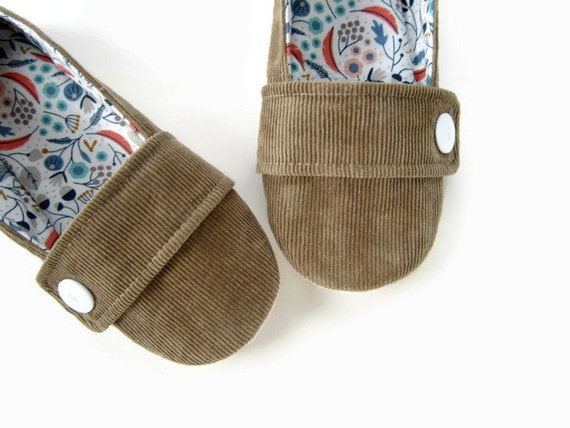 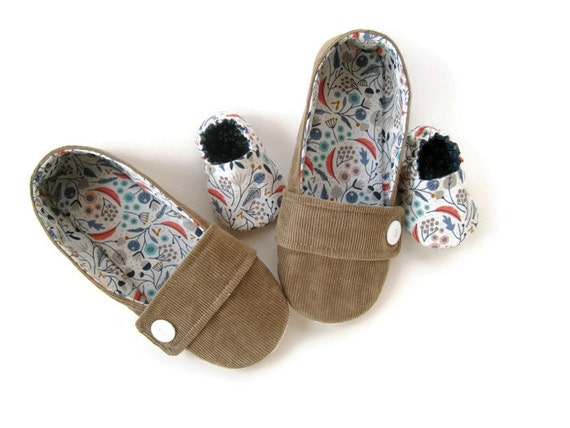 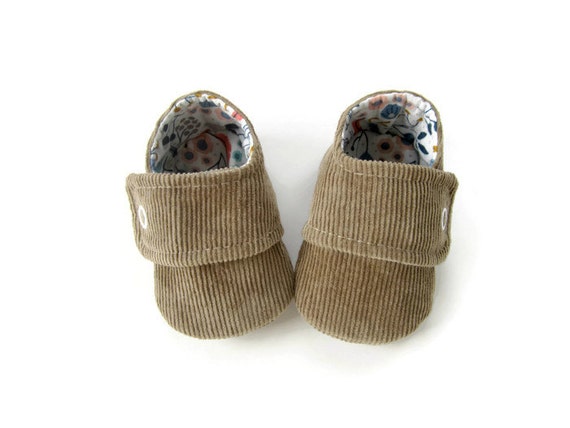 If I had to pick a favourite, it would be this navy blue floral print--Wildwood Midnight Flora. It's so magical! 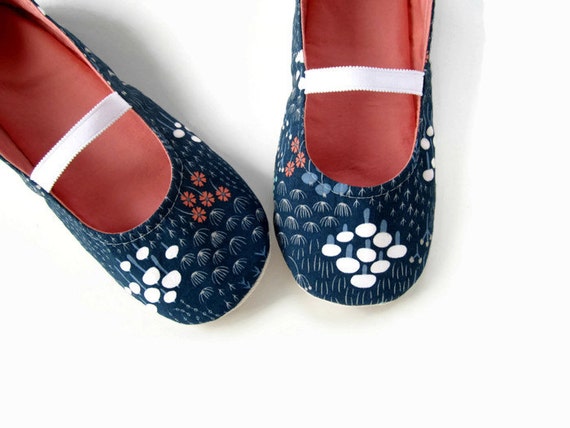 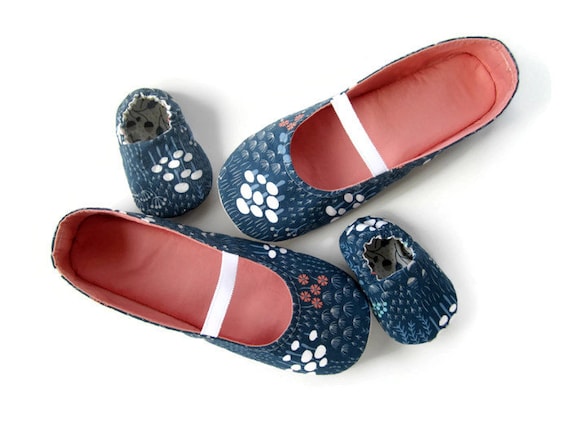 Posted by Denielle at 3:00 AM No comments:

1. I'm really loving Fotofuze for cleaning up and brightening the background on merchandise photos. If you're selling online, and you use a plain background, this site is worth checking out.


2. If you're into vintage type, Lost Type Co-op will make you squeal. There are all sorts of vintage-looking fonts, available on a 'pay what you want' basis.


3. Goodreads has been a good friend of mine for awhile now. I started using it to keep track of books I've read, back in April, when I set a goal to read 15 books before I turn 33. I've also found it super-useful for keeping track of books I want to read. And! There's a 'readers also enjoyed' bit on the sidebar, which I've found helpful for discovering new books I might like.
Posted by Denielle at 6:00 AM No comments: